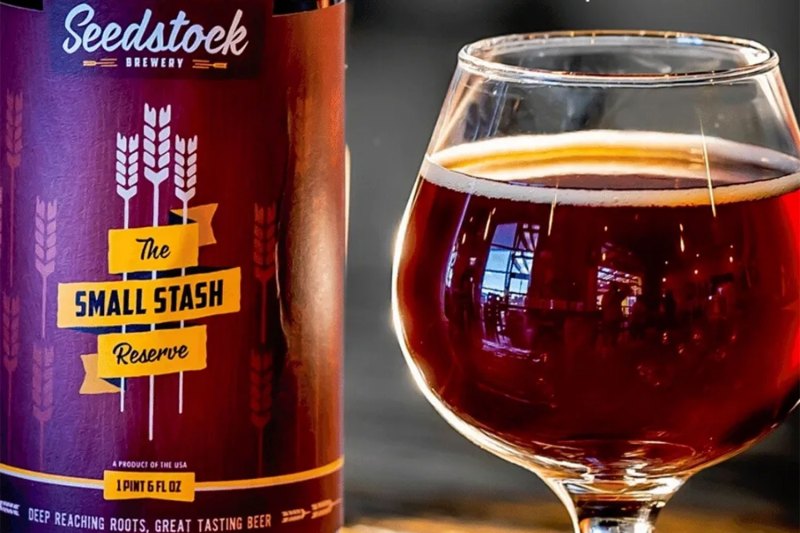 Breweries, like most other customer-facing businesses, have a vested interest in rising trends. Beermakers at both large-scale brewing companies and at small craft operations pay attention to bestselling styles and time their releases to line up with what’s new, hot, and exciting about the current beer scene. Case in point? The near-overwhelming growth in hazy IPA production, which has now solidly crossed over to the mainstream after years of popularity among the bearded-hipster set of beer aficionados.

At Seedstock Brewery in Denver, Colorado, the brewing team holds plenty of respect for beer trends, and co-owner Ron Abbott believes that these trends grow due to smart and curious drinkers. “Craft beer lends itself to trends. If you think about many craft beer lovers, they’re not afraid to do something different. Think of people who started home brewing in the ’90s, and people thought they were crazy for waiting weeks for two gallons of beers. They also have strong opinions. If you go out to a restaurant or movie, the craft beer lover in the group will be the one to make the recommendation of where the group goes. They’re ready to try new things. Many craft beer lovers are also creatives and writers, so they are [talking about] what they’re excited about, which puts trends on the media map,” Abbott explains.

That said, Seedstock doesn’t devote its entire beer repertoire to styles that you’ll find at every other artisanal brewery. Instead, Abbott and his colleagues specialize in “historic” beers — specifically, European beer styles that were all the rage several hundred years ago, but are difficult to find nowadays. We spoke to Abbott about his interest in antique beers, the overall reception he’s received from Seedstock’s clientele, and what modern-day brewers can learn from the beermakers of yesteryear.

What makes historic beers worthy of note, and which versions do customers most enjoy?

“We want beers that are simple, [and that goal] often lends itself to historical styles of beer,” Abbott explains. “Our beers resonate with people who want to simplify their lives, especially right now [in the wake of] the COVID crisis.  People want to want to focus on simple things; they don’t want complicated things. At Seedstock, you can have a truly back-to-basics beer that helps you take a step back. We don’t want to make life more complicated than it is.”

Seedstock’s lineup of historic beers proves lengthy, and it now includes Seedstock’s latest release: “horner” beer, an Austrian beer that was popular in the mid 18th century and is made from oat malt with the addition of cream of tartar to give it a slightly sour flavor. When we asked Abbott to name a few other highlights from recent seasons, he offered up the following:

“Our polotmavy, a half-dark [Czech] lager, and our broyhan [a very pale North German beer that largely ‘died out’ after World War I] had a great reception with our customers. We expect our horner beer to be really well received as it’s so easy-drinking. It has a wonderful mouth feel, as it’s made with all oats, with a hint of sour and a hint of sweet. On the flip side, our gratzer, which is a smoky Polish beer, [is a beer that] people either love or hate. However, it’s similar to having an IPA for the first time if you’ve only ever drank lagers. Your palate does get used to it.”

As Abbott mentioned above, the appeal of historical beers rests heavily on their simplicity and the clean flavors that result from their very fundamental brewing processes. “The simplicity of the beers is what has surprised me most while reviving these antique brews. Oftentimes, they [include] just two or maybe three ingredients. The horner beer is all oats and Saaz hops with cream of tartar. Our Bohemian Barn Beer, which resonated really well with the customers, is all Vienna malt and Vienna Saaz hops,” says Abbott.

What are the challenges of making historical beers, and what is the most important lesson for modern brewers to learn from their predecessors?

“In general, it’s really hard to accurately replicate antique beer styles [using] modern technology such as refrigeration, temperature control, carbonation, etc.,” Abbott tells The Manual. He goes on to explain that, rather than producing completely “authentic” re-creations of these centuries-old brews, Seedstock instead hopes to “make 2020 revivals of antique beers.”

When we asked Abbott about the major differences between modern brewing and historical brewing (and the techniques that the old-timey brewers really got right), he had a simple answer: “Patience is one beer-making detail of yesteryear that modern brewers could overlook. Today’s culture is very much ‘we want things when we want them.’ Back then, pilsners were brewed in the winter and enjoyed in the summertime. They didn’t have refrigeration, so they had to practice patience and work with the environment that they had.”

Topics
A simple breakdown of Cap Classique, the wine you’ve never heard of
Soccer fans are getting inventive when it comes to Qatar’s World Cup alcohol ban
These 2 whiskies go with everything you’re going to serve at Thanksgiving dinner
Miller Lite has a Christmas tree keg stand for sale (because of course it does)
Everything you ever wanted to know about the BRAT Diet
The scoop on sparkling wine — it’s not just for New Year’s Eve anymore
Ramen noodles can be so much more than just a 2 am drunken mistake
New Year’s Eve deserves these pours, some of the best drinks of the year
Treat your body: These are the best foods high in collagen
The 10 best movie drinking games to play on Netflix
El Tesoro celebrates 85 years with an incredible limited edition tequila
5 festive mocktails for a sober New Year’s Eve
This perfect winter cocktail is like drinking cake and we love it