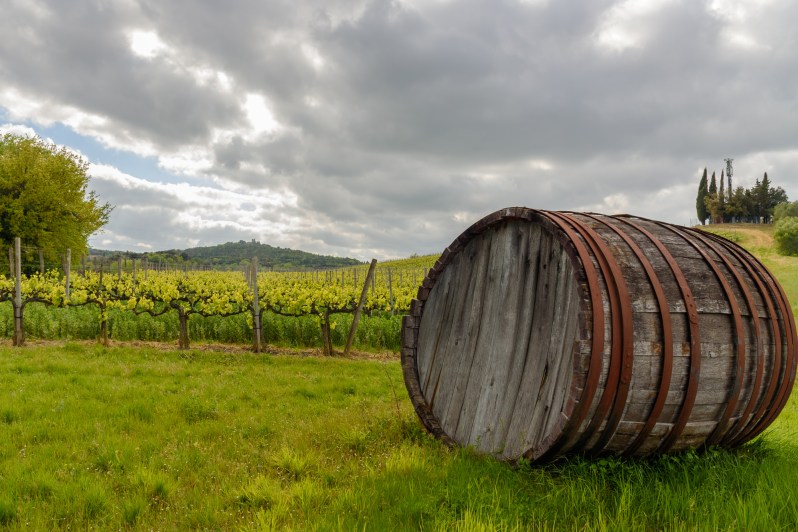 To be fair, it’s practically nonexistent, but the Irish wine scene may one day fetch at least a sliver of the limelight. If England can do sparkling and Japan can grow Pinot Noir, why can’t Ireland give it a go?

Well, a few things are working against its chances. Ireland is well north, beyond the reach of most vitis vinifera. It’s also damp as ever, under what seems like infinite and unending overcast skies. Climate, of course, is changing and there are adventurous souls in every country. That said, there’s at least a flicker of potential when it comes to Irish wine.

Just as the hippest band is the one that nobody’s heard of, the most up-and-coming wine scene may just be the one that hasn’t even formed yet. I’m not here to announce it as the next big thing; far from it. But if trends continue and an interest in the unknown prevails, there will at least be some growth in this presently obscure arena.

At the moment, the varieties that fare best in Ireland are hardy ones like Rondo. The hybrid red was created in the 1960s in Eastern Europe. The Irish like its resistance to mildew and frost especially. There are others, like Gewurztraminer, Cabernet Sauvignon, and Merlot, but they’re usually grown under cover or with some kind of climatic training wheels.

Irish wine is a small but enchanting ecosystem. The micro-scene feels a little like the exploration of Mars or some new nautical route created by the melting ice caps, with industry firsts happening around every new corner. It exists to some extent in private, with tiny producers making enough for their neighborhood and no public tasting room or tour system. There are the requisite fruit and berry wines that you typically associate with cold and wet places. But there’s more than that.

One of the more interesting characters in Irish wine is David Llewellyn. The rollercoaster ride his viticultural adventures take him on alone are worth following on social media. He worked in wine in Germany in the 1980s before setting out to plant his own Irish vineyard in 2002. After some trial and error, he created his Lusca label, Gaelic for the village where it’s located (in Lusk, about 12 miles north of Dublin).

So finally, our first vintage of Ireland&#39;s first sparkling wine is available, but only by special request from the maker!! #IrishWine #IrishChampagne@Wilsononwine&#39;s column from last weekend: https://t.co/ez72t4r89p

His later-ripening varieties benefit from a synthetic cover, which both keeps out the rain and generates and stores heat. Llewellyn does everything by hand at the farm, from the processing to the bottling. He’s even creating plant material for others to buy and use. Now and again, outfitters like Wines of the Green get ahold of some of his work and can even ship abroad.

Others are interested, too, and have been for some time, like the intimate Thomas Walk Vineyard or the small operation that’s rumored to be over in Mallow at the Longueville House. A few other small vineyards have popped up and there’s mead being created as well. There’s enough action that the Euro Commission now lists Ireland as an official wine-producing country. And strangely enough, there’s an International Museum of Wine in Kinsale in County Cork.

Anecdotes like these are intriguing in their own right but also suggest that maybe, just maybe, a scene will come of all this. If folks like Llewellyn continue to share their results and create viable vines for others to plant, he may just go down as an Irish wine pioneer, a few generations from now. In the meantime, we’ll enjoy a good whiskey or lager but don’t be shocked to find a few more wine labels in the coming years and the occasional shipment falling stateside.

This Guatemalan Rum is Produced by Master Blender Lorena Vásquez

11 Excellent Wineries in America Worth Booking a Vacation for

The Best Beard Trimmer Deals for May 2022

Looking for a Big Green Egg Alternative? This Model Is $299

Chipotle’s Metaverse Burrito Builder: Is It Worth the Time?

Best Mattresses for Back Pain: 16 Options for Optimal Evening Comfort