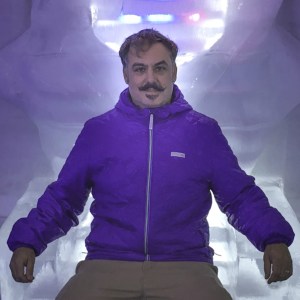 Riddles is the Music Curator for The Manual. He believes that every activity we do in life could use a good soundtrack. From the formative reel to reel tape player entrancement he experienced while devouring his dad's classic rock collection in Buffalo, New York, to expanding his horizons via funk, hip-hop, punk, and alternative rock in high school and college, music has been a constant source of happiness, inspiration, and strength. After discovering underground electronic music via renegade raves in The San Francisco Bay Area, and the even more mind expanding nether regions of Burning Man (in the Black Rock Desert of Nevada), Riddles feels confident that he's got remixes and mashups of beloved, well-known songs that could make even the most ardent music purist get down and shake a tail feather. When he isn't compiling and summarizing playlists for The Manual, Riddles can be found at the helm of Subwoof, promoting and occasionally throwing/DJing beats & bass music events in and around his adopted hometown of San Francisco.

Articles by Riddles
The Best Road Trip Songs: Hit Play Then Hit the Gas
May 20, 2019
Best Love Songs: A Romantic Music Playlist That Isn’t Too Cheesy
A New Year’s Eve Party Playlist to Ring in 2022
The Perfect Party Playlist for When It’s Time to Dim the Lights
The Best Funk Songs for Getting Down
Sink Your Teeth Into the Best Summer Barbecue Playlist
The Best Playlist to Enjoy While Day Drinking