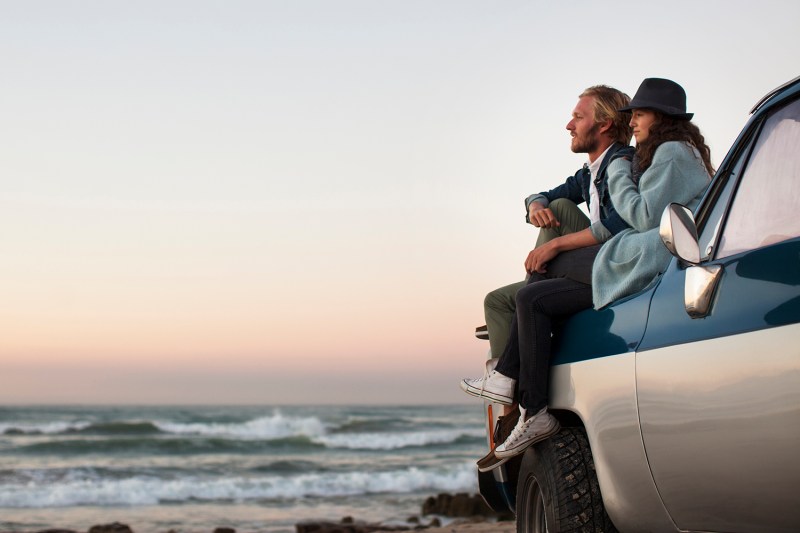 I’ve been living the digital nomad lifestyle since before the phrase was coined. Back when I started out, Airbnb was still only relegated to a handful of cities, reliable Wi-Fi was still the exception rather than the rule, and Zoom was just a noise people made to express speed. It was a more challenging time to combine work and travel, to be sure, but tech innovations have made it easier. One thing that remains difficult, however, is dating — regardless of how many new people you meet on dating apps to find love.

Dating as a digital nomad might seem like a dream come true — you arrive in some exotic locale, meet someone attractive, then wing off on exciting adventures together. At the very least, you enjoy a string of James Bond-like encounters. That’s the fantasy. Reality is, as usual, much trickier.

Why Is It So Hard To Date as a Digital Nomad?

The Bond-like one-nighters and spur-of-the-moment travel flings do happen, but they are rarer than you might dream.

The primary obstacle involves the fact that you’re usually on the go, leaving little opportunity to build connections. This is a problem whether you’re looking for a hook-up or a long-term relationship.

Let’s look at a hypothetical scenario: You’re in Barcelona, and let’s say you match with some sexy someone via your dating app of choice. You exchange a few messages, this person learns that you’ll be moving on in a day or a week or even a month, and it’s all over. They’re looking for someone they can enjoy or perhaps even be with long-term, and you’re a bad bet.

For the sake of argument, let’s say that you actually do get the date, and the two of you do turn out to enjoy one another. Again, the impending departure makes it difficult for the other person — who very likely lives and works in Barcelona, and therefore must stay in Barcelona — to put much energy into your interaction, and it fizzles out after a few encounters.

Now let’s say you’ve been in Barcelona dating this person for a couple of months, and it turns out that you really like each other and want things to continue. Sorry, but your visa is about to run out and you’re not allowed to travel back to Europe for three months after you leave. They have to stay, and you have to go.

Finally, let’s look at what might be the best-case scenario, in which you connect with a fellow digital nomad. Perfect, right? You can travel together! Not so fast — from my experience, you both have very different plans that are taking you in very different directions.

There are exceptions to all of this, and I certainly know of travelers who have made it work. For the most part, however, the obstacles prove to be too great. As a consequence, there are a lot of frustrated and lonely travelers out there. This is one of the aspects of the lifestyle that most of us tend to avoid discussing.

How To Date as a Digital Nomad: Be Flexible, Go Digital, Plan Ahead

If it seems like I’ve painted a rather depressing picture of dating as a digital nomad, take heart. While there are certainly challenges, it can still be a lot of fun. What’s more, there are a growing number of tools and tactics that nomads are using to overcome these dating difficulties.

The most straightforward thing to do is simply roll with the ebb and flow of the whole thing. Maybe you’re in it for brief connections and wide-ranging experiences, which is why you’re traveling in the first place. Kudos — enjoy. Embrace the transient nature of dating on the go.

Use the Digital Tools

Popular apps like Tinder and Bumble are, of course, useful resources for meeting up, but their value is limited if you’re attempting to find an ongoing romantic connection while on the go. The majority of people using it are locals who aren’t interested in dating someone who’s disappearing in a few days. OK Cupid can be a little more helpful in this regard, as it allows you to make connections in places before you’ve even arrived, meaning you can plan things out better with an interesting match.

Over the past few years, there have been dating apps and websites popping up that are specifically catered to the digital nomad crowd. I spent a month traveling through Turkey with a woman I met on Nomad Soulmates, which is essentially OK Cupid for travelers. Tour Bar will connect you with fellow travelers, or show you where single travelers tend to hang out in a particular destination. And Fairytrail will match you with people interested in traveling to similar cities or countries.

Stay or Work in Shared Spaces

Co-living and co-working spaces are all the rage among digital nomads right now. These are accommodations or office spaces that tend to be tailored to nomad needs, offering a bed, solid Wi-Fi, desk, and so on, usually in a shared space or structure of some kind. By surrounding yourself with people living a similar lifestyle, you vastly increase your chances of making an ongoing connection.

I’ve found that there are two kinds of digital nomads: Those who plan meticulously, and those who just wing it. Dating as a digital nomad, however, can require more of the former than the latter — at least if you’re hoping to date someone over time.

If you do connect with a fellow traveler who you’d like to continue seeing, you’re going to have to make plans. Together. Leaving things up to chance won’t work. You have to make the conscious decision to stay in one place together or move on to the next digital nomad-friendly destination together. This can be intimidating as you’ve likely just met, but coordination is essential.

Speaking of the fact that you’ve likely just met, there are a few things you should keep in mind if you do decide to travel with a newly acquired partner-ish person:

Don’t Scare at Every Snag

You’re going to be spending a lot of time with someone very suddenly, and people aren’t always at their best when they’re dealing with the stress of travel. Remember that issues will almost certainly arise. Things that you don’t necessarily like about the person will likely be revealed, probably faster than if you were able to date at a more typical, moderate pace. Just be aware of that.

Have an Exit Strategy

While keeping that last point in mind, you also should have an exit strategy. If you’re driving through rural Thailand to try out authentic Thai food with someone you barely know and they turn out to be no fun or — worse yet — crazy, you need to be able to break off on your own. Have a plan, and know when to cut your losses.

Give Each Other Space

Let’s say you’ve fallen for some fellow nomad and you’ve decided to travel through wherever together. That’s awesome, but as I mentioned above, you’ll probably be spending a lot of time together. Make sure you give each other space when necessary so that things don’t burn out, and so that you don’t get on each other’s nerves.

Dating as a digital nomad comes with its share of challenges, but it can also be incredibly rewarding. It’s largely a question of finding someone who lives the lifestyle, and who wants to visit the same places you do. From there, the world is yours to share.

There’s nothing quite like bonding over travel and adventure.

Topics
Celebrate With One of These Best Valentine’s Day Ideas
How Much Are Super Bowl Tickets in 2022?
Marvel’s ‘Moon Knight’ Trailer and Disney Plus Release Date
10 Best Gifts for Your Best Friend They Will Love
Elon Musk exposed his plans for Twitter in text messages
The 7 best movies from martial arts master Bruce Lee, ranked
This site lets you cheat (and win) at Wordle
Netflix is about to mess with (almost) everyone’s account access, billing
This simple chart shows you how to choose the right size TV for your living room
Our essential Ernest Hemingway reading list, ranked
Here’s Why You Should Consider Unique Gifts from Canadian Down & Feather Co.
Here are 10 famous speeches that continue to stand the test of time
The 7 best temporary tattoos that are worth a try